Marine Corps major. As Chief of the Angola Task Force he managed covert activities during the first years of Angola's bloody civil war. After two years he resigned, determined to reveal the truth about the agency's role in the Third World.

Since that time, he has worked to expose what he sees as the criminal activities of the CIA. Beginning his career in , Stockwell spent six years in Africa as Chief of Station in Katanga during the Bob Denard invasion in before being transferred to Vietnam to oversee intelligence operations in the Tay Ninh province and was awarded the CIA Medal of Merit for keeping his post open until the last days of the fall of Saigon in In December he resigned from the Agency, citing deep concerns for the methods and results of CIA paramilitary operations in third world countries.

He claimed that the CIA was counterproductive to national security , and that its "secret wars" provided no benefit for the United States.

If I had not submitted it to them, I would have gone to jail, without trial - blow off juries and all that sort of thing - for having violated our censorship laws In that job [Angola] I sat on a sub-committee of the NSC, so I was like a chief of staff, with the GSs like 3-star generals Henry Kissinger, Bill Colby the CIA director , the GSs and the CIA, making important decisions and my job was to put it all together and make it happen and run it, an interesting place from which to watch a covert action being done When the world's gotten blocked up before, like a monopoly game where everything's owned and nobody can make any progress, the way they erased the board and started over has been to have big world wars, and erase countries and bomb cities and bomb banks and then start from scratch again.

This is not an option to us now because of all these 52, nuclear weapons The United States CIA is running 50 covert actions, destabilizing further almost one third of the countries in the world today By the way, everything I'm sharing with you tonight is in the public record.

The 50 covert actions - these are secret, but that has been leaked to us by members of the oversight committee of the Congress. I urge you not to take my word for anything.

I'm going to stand here and tell you and give you examples of how our leaders lie. Obviously I could be lying.

The only way you can figure it out for yourself is to educate yourselves. If you don't fill your mind eagerly with the truth, dig it out from the records, go and see for yourself, then your mind remains blank and your adrenaline pumps, and you can be mobilized and excited to do things that are not in your interest to do Nicaragua is not the biggest covert action, it is the most famous one.

Afghanistan is, we spent several hundred million dollars in Afghanistan. We've spent somewhat less than that, but close, in Nicaragua Now ripping apart the economic and social fabric of course is fairly textbook-ish.

What we're talking about is going in and deliberately creating conditions where the farmer can't get his produce to market, where children can't go to school, where women are terrified inside their homes as well as outside their homes, where government administration and programs grind to a complete halt, where the hospitals are treating wounded people instead of sick people, where international capital is scared away and the country goes bankrupt.

If you ask the state department today what is their official explanation of the purpose of the Contras, they say it's to attack economic targets, meaning, break up the economy of the country.

Of course, they're attacking a lot more. To destabilize Nicaragua beginning in , we began funding this force of Somoza's ex-national guardsmen, calling them the contras the counter-revolutionaries.

We created this force, it did not exist until we allocated money. We've armed them, put uniforms on their backs, boots on their feet, given them camps in Honduras to live in, medical supplies, doctors, training, leadership, direction, as we've sent them in to de-stabilize Nicaragua.

Under our direction they have systematically been blowing up graineries, saw mills, bridges, government offices, schools, health centers.

They ambush trucks so the produce can't get to market. They raid farms and villages. The farmer has to carry a gun while he tries to plow, if he can plow at all.

You remember the assassination manual? It caused such a stir that President Reagan had to address it himself in the presidential debates with Walter Mondale.

They use terror. This is a technique that they're using to traumatize the society so that it can't function.

I don't mean to abuse you with verbal violence, but you have to understand what your government and its agents are doing. They go into villages, they haul out families.

With the children forced to watch they castrate the father, they peel the skin off his face, they put a grenade in his mouth and pull the pin.

With the children forced to watch they gang-rape the mother, and slash her breasts off. And sometimes for variety, they make the parents watch while they do these things to the children.

This is nobody's propaganda. There have been over , American witnesses for peace who have gone down there and they have filmed and photographed and witnessed these atrocities immediately after they've happened, and documented 13, people killed this way, mostly women and children.

These are the activities done by these contras. He says they're the moral equivalent of our founding fathers.

And the whole world gasps at this confession of his family traditions. Read "The Contras" by Dieter Eich. Read "With the Contras" by Christopher Dickey.

This is a main-line journalist, down there on a grant with the Council on Foreign Relations, a slightly to the right of the middle of the road organization.

He writes a book that sets a pox on both your houses, and then he accounts about going in on patrol with the contras, and describes their activities.

Read the Lawyer's Commission on Human Rights. And there are many, many more documentations of details, of names, of the incidents that have happened.

Part of a de-stabilization is propaganda, to dis-credit the targeted government. This one actually began under Jimmy Carter.

He authorized the CIA to go in and try to make the Sandinistas look to be evil. So in [when] they came in to power, immediately we were trying to cast them as totalitarian, evil, threatening Marxists.

Unless we have evidence of individual crimes, we're not going to hold someone in prison just because they were associated with the former administration.

Now the truth is, this small, poor country has been attacked by the world's richest country under conditions of war, for the last 5 years.

Us and our army - the death they have sustained, the action they have suffered - it makes it a larger war proportionally than the Vietnam war was to the U.

In addition to the contra activities, we've had U. Navy ships supervising the mining of harbors, we've sent planes in and bombed the capital, we've had U.

They don't have any missiles or jets they can send up to chase us off. The have not retaliated yet with any kind of war action against us, but we do not give them credit with having the right to defend themselves.

So we claim that the force they built up, which is obviously purely defensive, is an aggressive force that threatens the stability of all of Central America.

We launched a campaign to discredit their elections. International observer teams said these were the fairest elections they have witnessed in Central America in many years.

We said they were fraudulent, they were rigged, because it was a totalitarian system. Instead we said, the elections that were held in El Salvador were models of democracy to be copied elsewhere in the world.

And then the truth came out about that one. And we learned that the CIA had spent 2. They did everything, we're told, by one of their spokesmen, indirectly, but stuff the ballot boxes I'll make a footnote that when I speak out, he [Senator Jesse Helms] calls me a traitor, but when something happens he doesn't like, he doesn't hesitate to go public and reveal the secrets and embarrass the U.

We claim the Sandinistas are smuggling drugs as a technique to finance their revolution. This doesn't make sense. We're at war with them, we're dying to catch them getting arms from the Soviet Union, flying things back and forth to Cuba.

We have airplanes and picket ships watching everything that flies out of that country, and into it. How are they going to have a steady flow of drug-smuggling planes into the U.

Not likely! However, there are Nicaraguans, on these bases in Honduras, that have planes flying into CIA training camps in Florida, Alabama, Louisiana, several times a week.

Now, obviously i'm not going to stand in front of you and say that the CIA might be involved in drug trafficking, am I? For 20 years the CIA was helping the Kuomintang to finance itself and then to get rich, smuggling heroin.

When we took over from the French in their intelligence service had been financing itself by smuggling the heroin out of Laos.

We replaced them - we put Air America, the CIA subsidiary - it would fly in with crates marked humanitarian aid, which were arms, and it would fly back out with heroin.

And the first target, market, of this heroin was the U. GI's in Vietnam. If anybody in Nicaragua is smuggling drugs, it's the contras.

We claim the Sandinistas are responsible for the terrorism that's happening anywhere in the world. We blame the Sandinistas for the misery that exists in Nicaragua today, and there is misery, because the world's richest nation has set out to create conditions of misery, and obviously we're bound to have some effect.

The misery is not the fault of the Sandinistas, it's the result of our destabilization program. And despite that, and despite some grumbling in the country, the Sandinistas in their elections got a much higher percentage of the vote than President Reagan did, who's supposed to be so popular in this country.

And all observers are saying that people are still hanging together, with the Sandinistas. Now it gets tricky. We're saying that the justification for more aid, possibly for an invasion of the country - and mind you, president Reagan has begun to talk about this, and the Secretary of Defense Weinberger began to say that it's inevitable - we claim that the justification is that the Soviet Union now has invested million dollars in arms in military to make it its big client state, the Soviet bastion in this hemisphere.

And that's true. They do have a lot of arms in there now. But the question is, how did they get invited in?

You have to ask yourself, what's the purpose of this destabilization program? For this I direct you back to the Newsweek article in Sept. They noted that neither the white house nor the CIA pretended it ever could have a chance of winning. 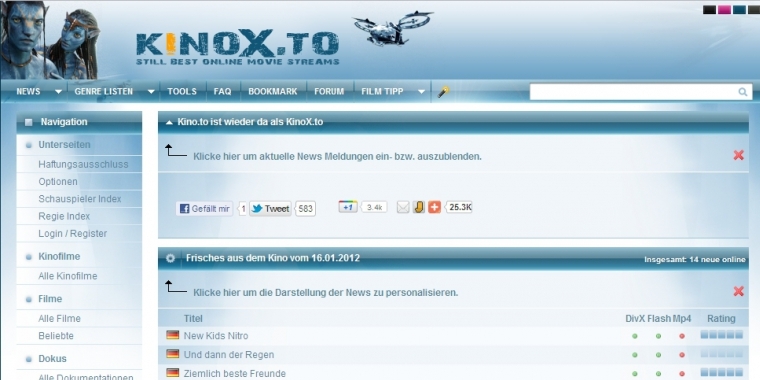